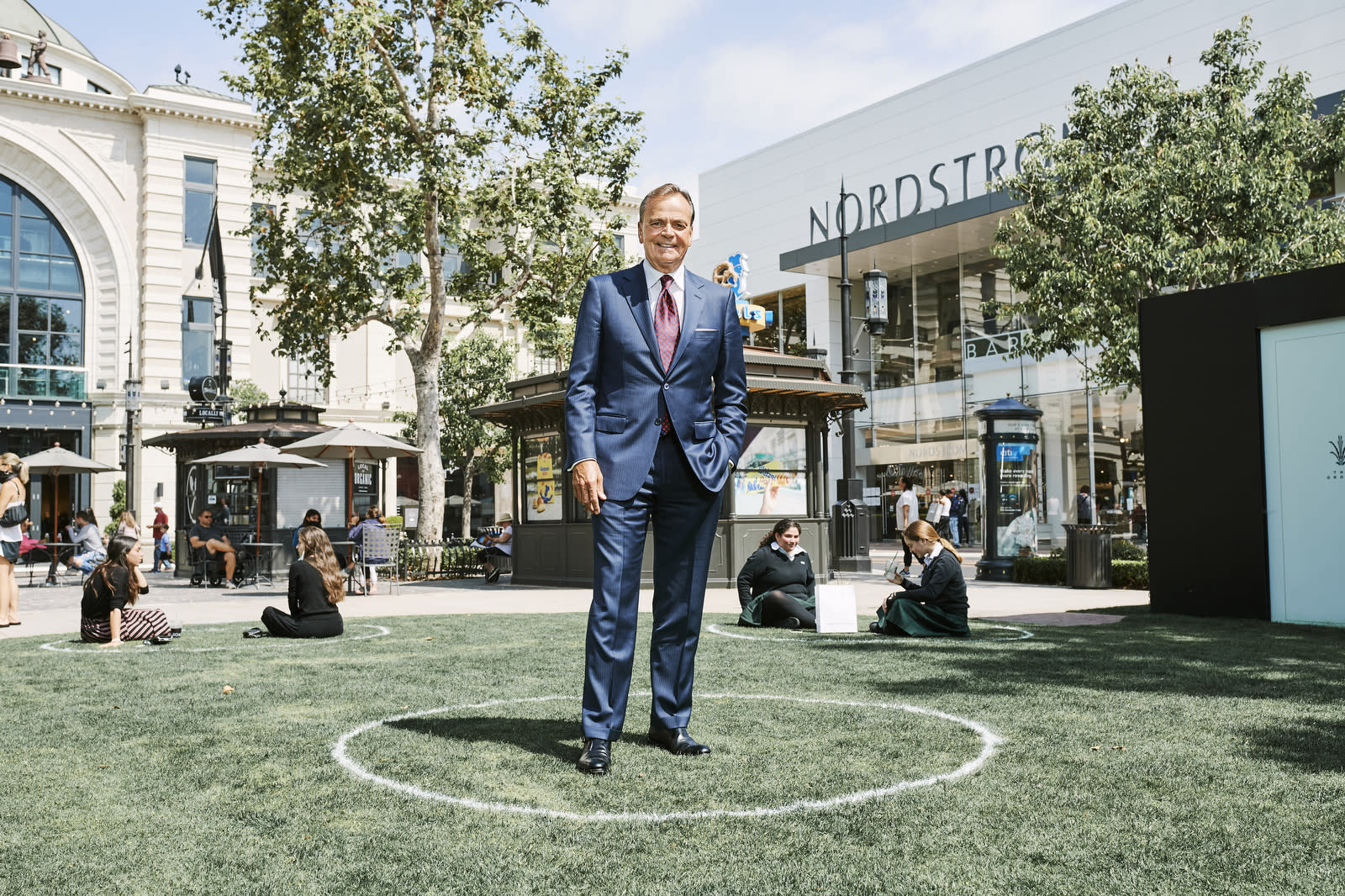 “You know what, we’re back,” said Los Angeles retail real estate impresario Rick Caruso, surveying the smaller-than-usual but not insignificant crowd on a recent weekday afternoon at The Grove, which reopened June 10. “We’re back,” he repeated for emphasis, eyes gazing out at his kingdom over a businesslike black face mask, while sitting at an outdoor table at a sushi restaurant.

Since 2002, The Grove has been a center for a city without one, drawing more visitors annually than Disneyland, who flock to the open-air shopping area and faux Main Street with dancing fountain and an old-time trolley ride, where fireworks blaze on the Fourth of July and it “snows” in sunny California at Christmastime.

After closing in March because of the coronavirus, The Grove was due to reopen June 1, but the plan was scrapped May 30 when the Black Lives Matter protest arrived on its doorstep. “It was … Read More